A nod to our friends in the southern hemisphere, where summer is ending and autumn is beginning! 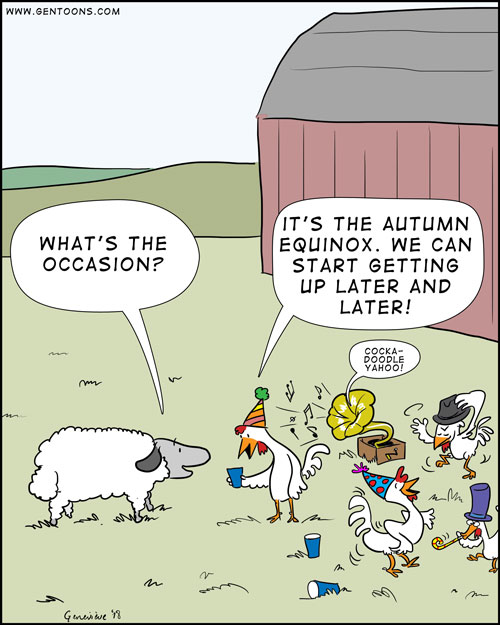 The Musee d'Art Fantastique is ramping up once again for the tenth annual Trolls and Creepy-crawlies exhibit, and Gentoons will be there! Last year while doodling on my iPad on the train, I created Ghent Troll -- he not only was selected for the exhibition, he won a prize!  This year, I got a picture of one of his siblings visiting the Brussels town hall at Christmastime, and that one will be on exhibit all through May.

the MAF is a great place to see pickled mermaids and dried dragons, robots, bugs, gnomes, and non-approved scientific experimen
ts. Be sure to drop by if you are in Brussels.

Besides cartooning, I also write for fun. This year will see the release of the third anthology in which one of my stories has been published.  (2017 Through a Scanner Farkly has my short horror story called Stinky Tofu, and 2016 Heart of Farkness has my comedy piece Chez Brian)

Due out in October, The Circle: A Brussels Anthology will carry my comedy piece Santa's Bells.  If you're in Brussels in November, drop by the launch party!

An anthology of writing from Brussels

BRUSSELS, April 2, 2018—The Circle, A Brussels Anthology invites readers into a
world refracted in its prism of thirty-four polished surfaces. A textual gem cut in the technocratic
diamond district, it emits multifarious literature through its many faces, approaching a perfect
circle with each new facet. Some reflect the wistful melancholy of the Brussels drizzle, some tear open the sky with a bolt of genius that will have you groping for your sunglasses.

A brain drain of emerging and prize-winning authors, itinerant and settled, shares and sharpens its
largely expat outpourings of human love and beastly bombings, reassuring community and
bewildering exile. The private explodes in public, the petty corrupts the grand, the funny elbows the
dire—in the heart of the old world, lives and stories converge and drift apart.

This collection portrays our troubled and exciting times through short story, poem, script and
novel excerpt of both seasoned pros and promising hacks. Whether brutally marooned on the damp
flatlands, or cosily embedded in red-brick ale houses, their dreams and nightmares shine from this
beloved, accursed, ramshackle Europe of ours. Come inside.

"This stunning anthology will not only appeal to those familiar with Brussels incognito,
but also to those with an appreciation for divine inspiration, as international writers
engage with a capital city and its unique way of life." —Brussels Express