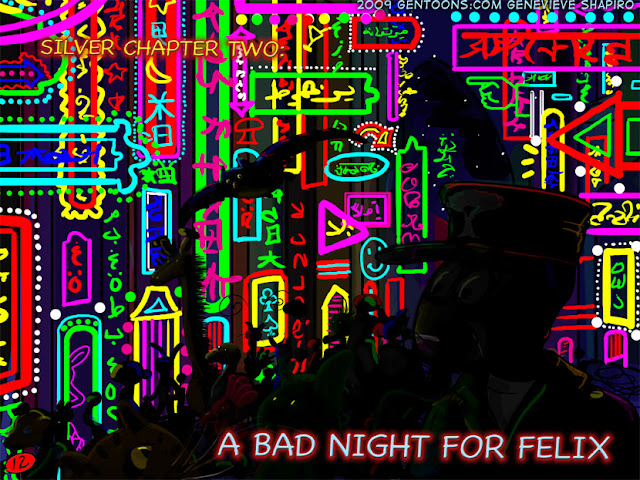 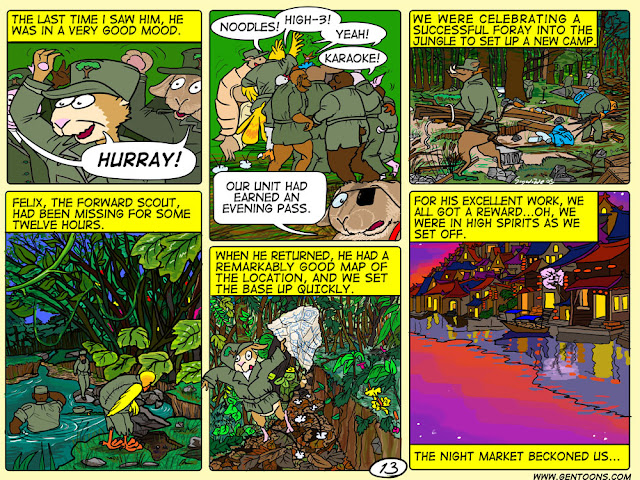 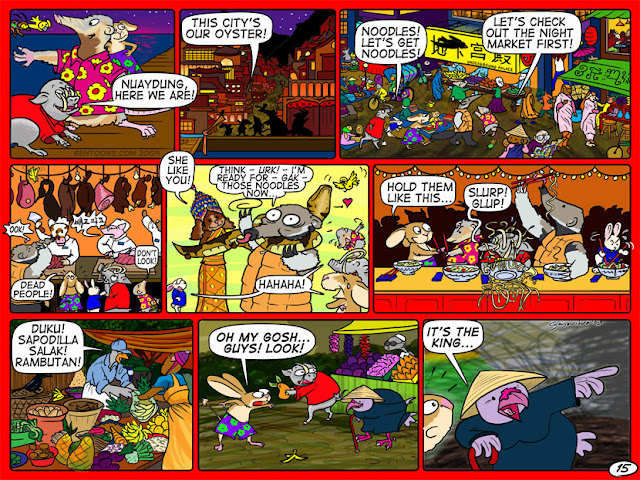 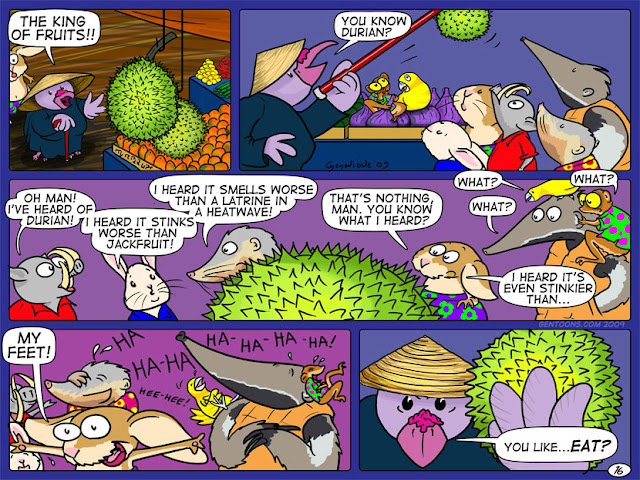 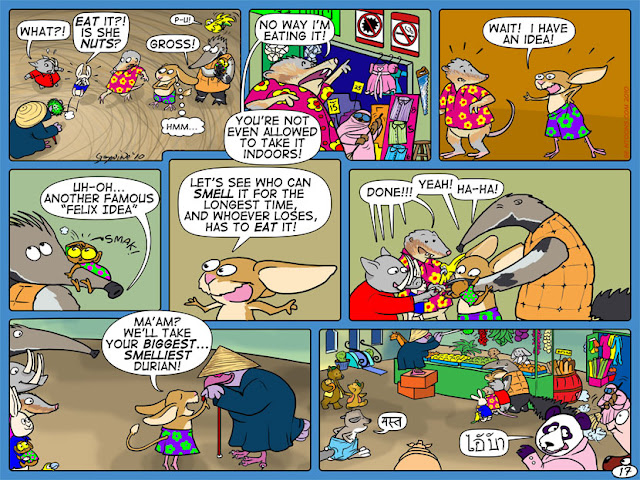 Fun fact about anteaters:
Anteaters have huge salivary glands and no teeth.
Anteaters, armadillos, and sloth are all members of the Xenarthra order.
Anteaters are in a suborder called "vermilingua" which means "worm tongue."
Learn more at The National Zoo site. 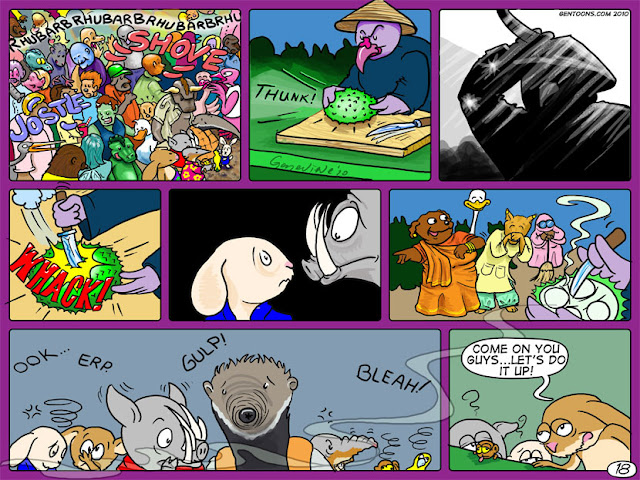 A few fact about Golden Parakeets:

The Golden Conure has been determined to be endangered, due to increased deforestation and now illegal cage bird trade. Locally it is considered a nuisance to agriculture and is used for food or hunted for sport. Golden Conures continue to be smuggled out of Brazil.

Breeding is apparently communal , with several females contributing two or three eggs to each nest and several adults caring for the young. 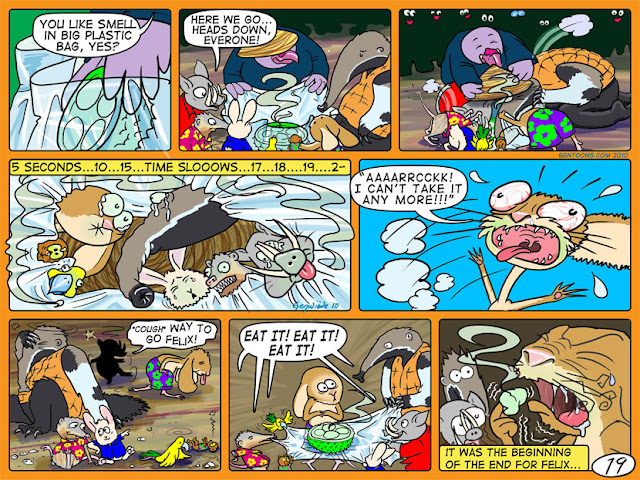 Dr Stephen Lee, a ear nose and throat (ENT) specialist from Raffles Hospital, says variance in the sense of smell among people is greater than that of other senses - up to a factor of 1,000.

People recall smells with a 65% accuracy after a year, while the visual recall of photos sinks to about 50% after only three months. www.senseofsmell.org 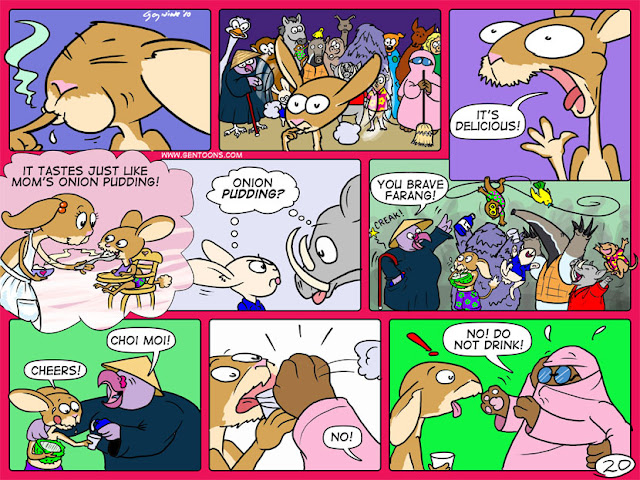 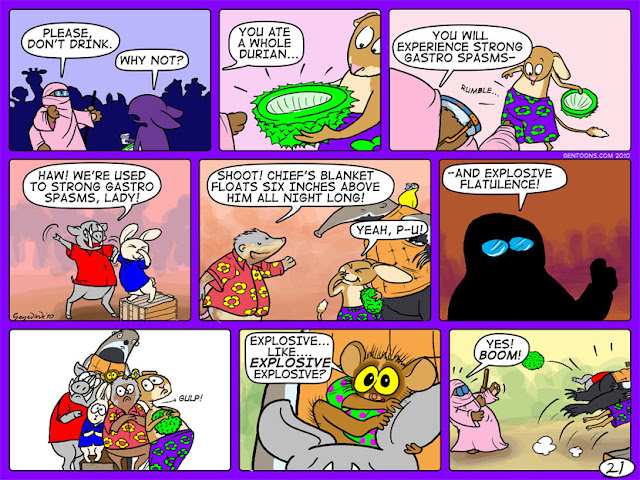 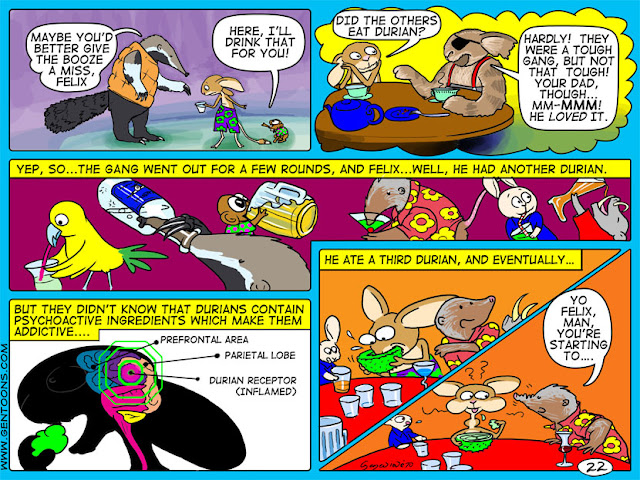 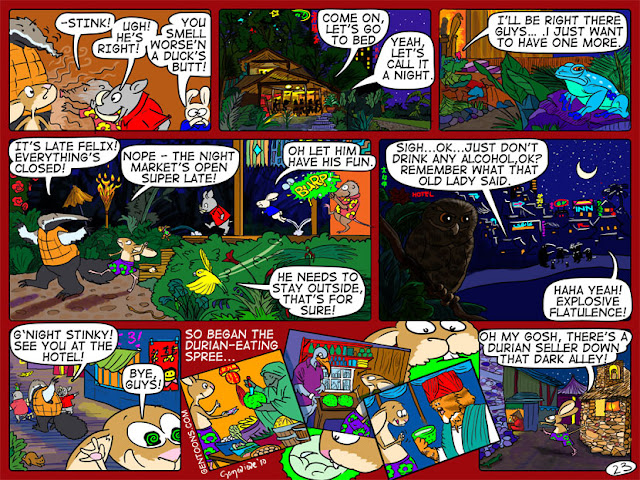 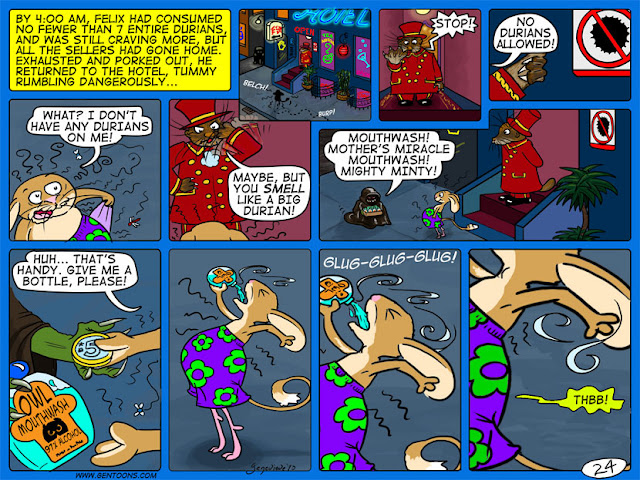 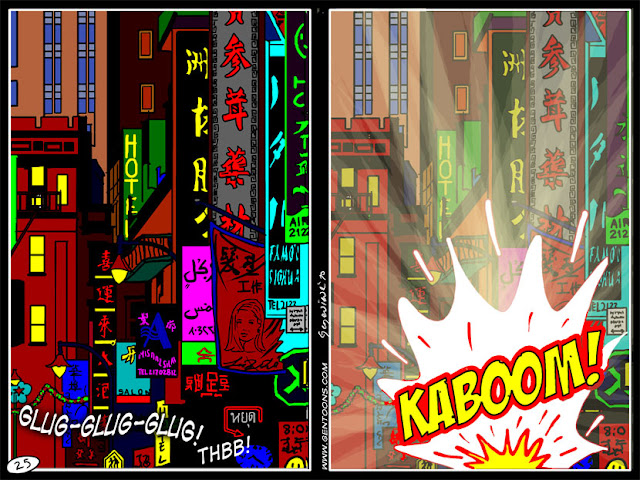 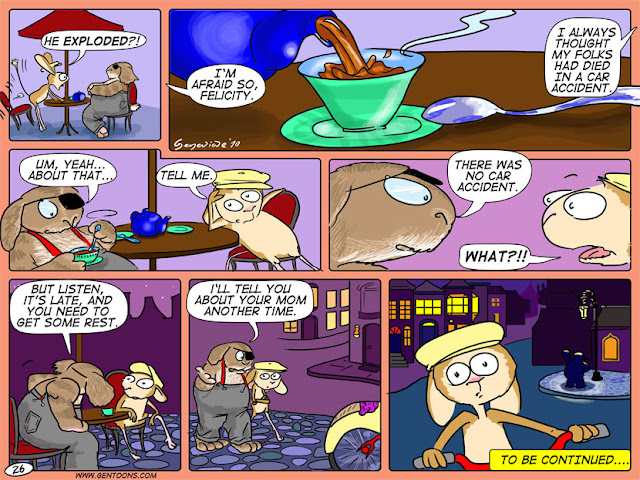 The Columbia Basin pygmy rabbit - depicted with amazing scientific accuracy in row two, center panel of page 18, with the Babyrusa Pig - is now genetically extinct due to the muscle of the meat industry: From an article from Jan 2009:

This may be our best current example of a subspecies (“species”, by ESA definition) being stomped into extinction by Public Grazing...I had worked for years trying to get the cows off, because the grazing clearly was at odds with the rabbits (trampling burrows and eating grasses and forbs necessary for reproduction)....

It wasn’t long before I began getting calls ...reporting collapsed active burrows, scorched earth between sagebrush plants, and other insults in the relatively small area where the rabbits were holding out. But the WDFW had instituted an elaborate “monitoring” scheme that conveniently sidestepped reality, and their “data” showed “no impact” from the cows. When the rabbits were down to fewer than 20, the decision was made to take them all into captivity....

The rabbits sent to the Portland Zoo were fed nothing but sagebrush for at least months...when they should have been fed grasses and forbs as well. (I know this because some of my ex-students were hired to make the trip to eastern Washington to gather the sagebrush and care for the rabbits). ...The last known one of those died a couple of years ago.

...the captive breeding attempt could never have substituted for the application of responsibility that would have combined conservation with science, and no one was willing to act responsibly.

Grazing was not the only thing that contributed to the extirpation of the Columbia Basin Pygmy Rabbit, but it was a very major contributor ... sagebrush is mowed, chained, burned and otherwise manipulated on vast expanses of public lands, to be replaced with more productive cattle forage – mostly non-native grasses largely useless to wildlife. 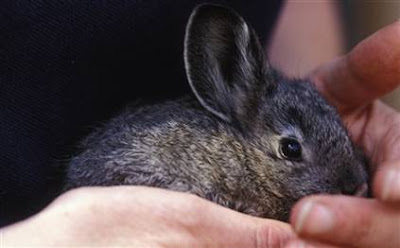 Other human activities including development, energy transmission lines, roads, fences and others isolate small populations of pygmy rabbits from each-other... Fences and posts provide height for predator birds to prey on pygmy rabbits – height that otherwise does not exist in the vast Sagebrush Sea, and livestock crush pygmy rabbit burrows.

Unfortunately, things aren’t looking good for pygmy rabbits in the immediate future; Mega wind-farms and energy transmission lines planned for development across public landscapes are increasingly threatening some of the last, best pygmy rabbit habitats in the West.