Silver, Book 4: What Happened to Joy? 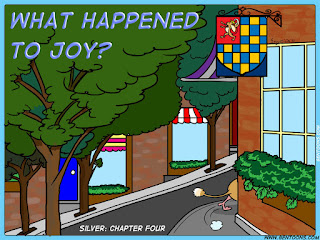 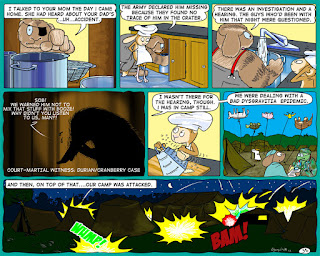 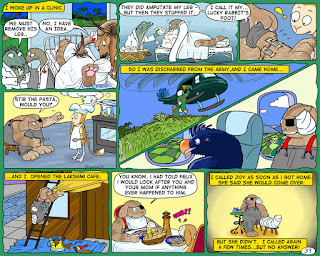 The clever (and large) medic with the horns is a Kouprey, a wild forest-dwelling ox found mainly in northern Cambodia. It was discovered in 1937.There are estimated to be fewer than 250 kouprey left in the world. These low numbers are attributed to uncontrolled hunting by locals and soldiers, in conjunction with diseases introduced from cattle and loss of habitat. No kouprey have been sighted since 1983, and during the last decade several searches for the animal have proven fruitless. The 2008 IUCN report lists the Kouprey as Critically Endangered (Possibly Extinct). There is no captive population. The only individual in a western zoo died early in World War II.

The airplane passanger in front of Uncle Paul is an Alagoas Curassow Mitu Mitu, a large, mainly glossy black pheasant-like bird. It was formerly found in forests in north-eastern Brazil, but it is now extinct in the wild. 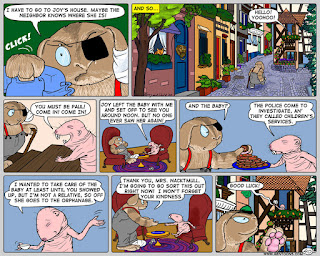 The naked mole rat (Heterocephalus glaber), also known as the sand puppy or desert mole rat, is not threatened, but it's interesting enough to rate an appearance in Silver!

The species is one of only two known eusocial mammals (the other being the Damaraland mole rat) with a social struture similar to that found in ants, termites, and some bees and wasps. Only one female (the queen) and one to three males reproduce, while the rest of the members of the colony are sterile and function as workers.

The sand puppy also has a highly unusual set of physical traits that enables it to thrive in an otherwise harsh, underground environment, including a lack of pain sensation in its skin and a very low metabolism. As you can see, there were many reasons for Mrs. Nacktmull to run away and built a nice little bungalow in Treetown where she lives in peaceful solitude with her pet cat. 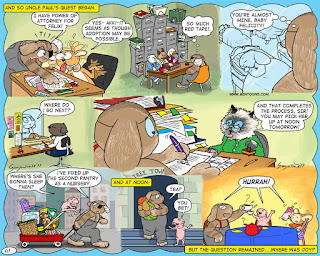 Cartoonist's Note: this is not an endorsement of violence against government workers, no matter how bureaucratic they act. This is a cartoon, and as such has license to indulge in a a little off-steaming. For anyone who's ever had to go through an important and annoying process, panel one is for you! 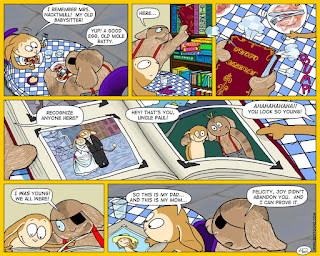 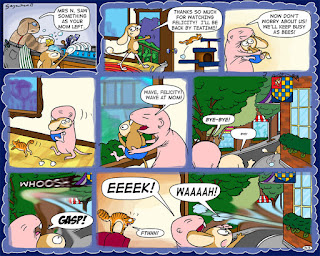 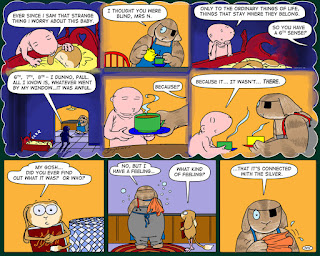 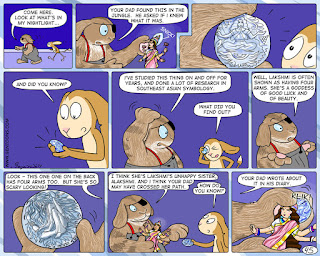